Back to current Issue

Subtitle
Recent projects include an art toolkit for a nonprofit organization and a soon-to-debut capsule collection for a furniture manufacturer.
Byline
Lisa Butterworth
Feature Content 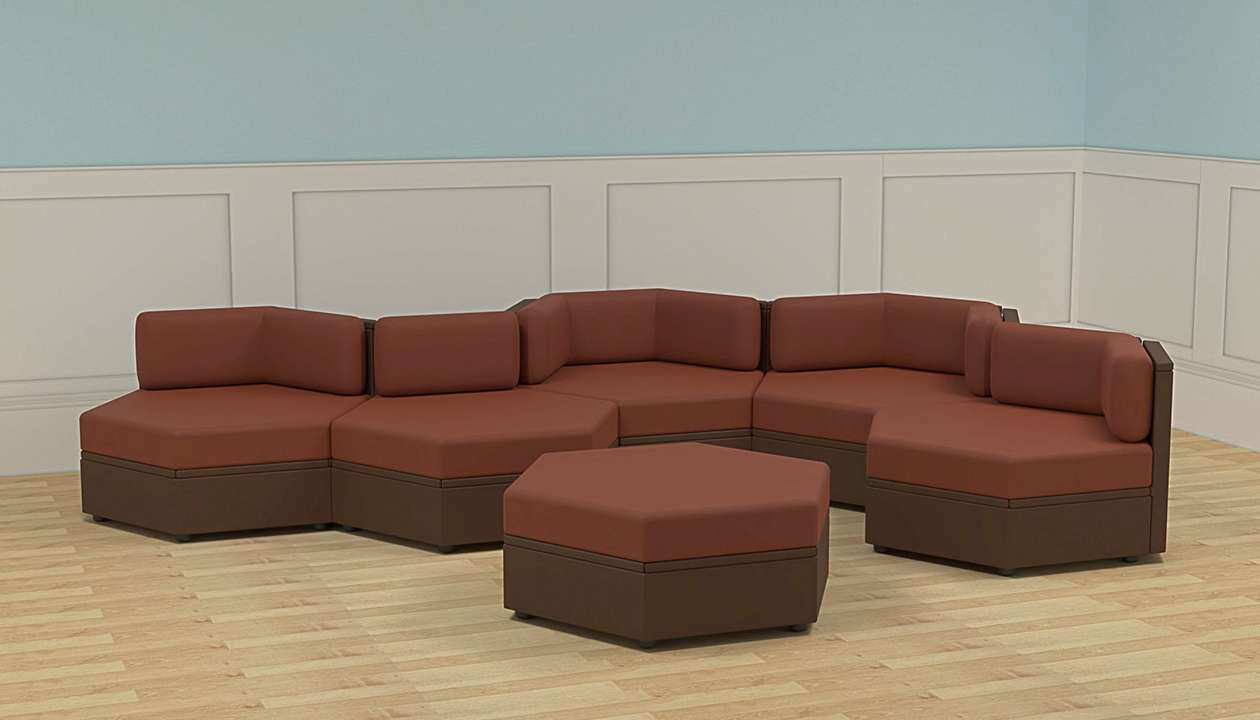 June Attendees of North Carolina’s High Point Market, the largest furniture trade show in the world, will see something unique, even for a convention known for its debuts: a capsule collection designed entirely by students, from the framework of the modular sectional, to the showroom bay it will be exhibited in, to the social media and marketing campaign that will announce it. The collection was designed for L.A.-based furniture brand Jonathan Louis, and the students are Otis College of Art and Design’s very own. The seven-member group—which includes Brandon Davis (’21 Communication Arts, Illustration); Matt Horn (’21 Communication Arts, Illustration); Isabel Kim (’23 Communication Arts); Brittany Ludwig (’21 Digital Media); Khang Nguyen, (’21 Communications Arts and recently announced valedictorian); C.J. Sierra (’21 Product Design); and Treyvon Washington (’23 Product Design)—is the very first to go through the newly launched Otis Design Lab, a program that functions as a real-world creative agency, with students working as paid interns and getting invaluable experience in the process.

Last fall, Otis Design Lab was brought to fruition by Otis College’s former Creative Director Sheharazad Fleming at the encouragement of then-new President Charles Hirschhorn, who saw the potential for the project. It had been included in the College’s five-year Strategic Plan, and even was part of the job description that attracted Fleming to Otis three years ago. She’d been looking forward to launching the program in the ensuing time, but it took the urgency of the pandemic to fast-track the giant undertaking sooner than later. A special COVID-19 grant helped fund the program, which Fleming says was launched “as a direct response to the campus being closed.” Thanks to her dedication and determination, the program came together quickly: funding was received in August, students were recruited in September, Design Lab was fully staffed by November, and they had their first project in December. Or, as Fleming says with a laugh, “I was building the plane and flying it at the same time.”

Design Lab works to fill several gaps. It offers students the opportunity for paid remote work during a time when on-campus employment has been limited. On an educational level, it provides a wealth of exposure that contextualizes some of what is being learned in the classroom. “With Design Lab, the team works collaboratively on solutions that address challenges brought forth during the client kick-off meeting, where parameters, a scope of work, and a creative brief are generated—just like in a real agency setting,” Fleming says. “That, to me, has always been a critical component—this idea that students can take their coursework and have it dovetail with hands-on experience, and in a setting that is safe, where they have a creative director and a mentor there to support them.” 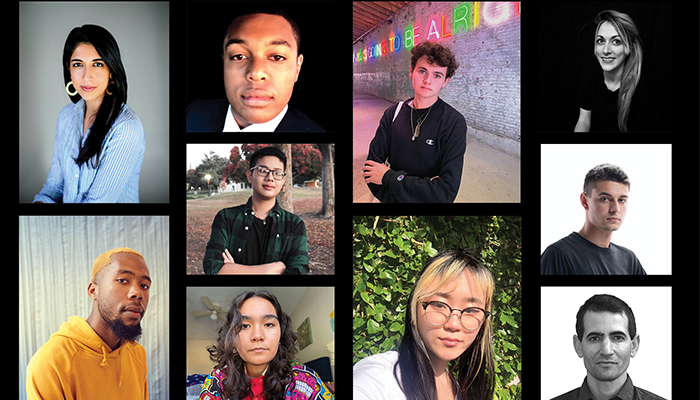 Design Lab functions as an actual creative agency, taking its roots from a 1980s-era class called Brooklyn 7 taught by former Communication Arts chair Sheila de Bretteville with the goal to instill cause-based design and social issues in the classroom. Her successor, Ave Pildas, rebranded and relaunched the class as Otis Design Group, which acted as an in-house design agency that was uniquely linked to the College’s graphic design program. Today, Design Lab works on internal and external Otis projects, as well as those from outside clients. Though Fleming recently left Otis to work in Mayor Eric Garcetti’s office, this past academic year she acted as the founder and managing director, supported by the program’s other staff member, Graphic Designer Becca Todd. Students are required to apply with a traditional cover letter, resume, and portfolio of their work, and are interviewed before they’re offered a paid position. They work 15 hours a week during the academic year, and up to 20 hours a week during breaks. The program’s makeup is truly diverse in every aspect, with a variety of disciplines represented, including Illustration, Communication Arts, Digital Media, and Product Design. Each semester, a faculty mentor is brought on with expertise specific to the current projects. Otis Design Lab’s inaugural mentor was Product Design faculty member Robert Creighton, whose own design practice made him an ideal candidate for the semester’s focus on product design.

Though the students worked with several clients throughout the semester—including a classical music composer whose album cover they were hired to create—Jonathan Louis was the first, and the company’s project scope was the most involved. Design Lab provided exactly the kind of fresh perspective the brand’s CEO, Javier Sanchez, was looking for. “We haven’t done a good job at cultivating young talent into this industry, so you have a lot of the same thinking,” he says. “That’s why I latched onto Otis Design Lab, because I thought it would be great to have these students who have no preconceived notions of what designs can and cannot sell to the masses. And it was wonderful to see how they came up with all these different, well-thought-out plans. They really thought about the whole process—not just the actual design, but the functionality of the pieces.” The program, which Sanchez calls “phenomenal,” is one he plans to work with again. “It does a lot for the company, does a lot for the community and for the students, and that, in itself, has value. You can’t put a price tag on it.”

“As students, we know what is supposed to await us when we start working in the industry, but to get a glimpse of that while working at Design Lab has been a blessing.” —C.J. Sierra (’21 Product Design)

For C.J. Sierra, a Product Design senior, seeing pieces go from sketch to reality was a highlight of the semester. “When they showed us an actual prototype of what we had designed, it took all our breaths away. Our whole team was so thrilled to see our work come to life,” Sierra says. “As students, we know what is supposed to await us when we start working in the industry, but to get a glimpse of that while working at Design Lab has been a blessing.” 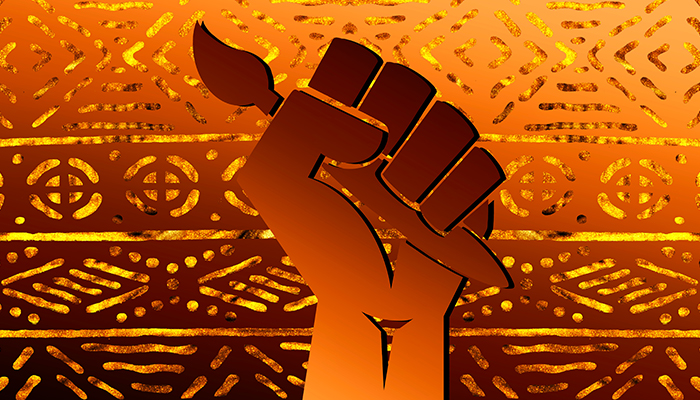 For Brandon Burris-Davis, a senior in the Communication Arts program, his Design Lab experience put his confidence to the test. “I’ve never really had any of my work used commercially, so I didn’t know if what I made was good enough for that. After the first few projects, I really became comfortable and believed in myself,” he says. His most rewarding Design Lab moment came when he was asked to make a piece of work for Otis College’s Black History Month celebration, which was then posted on all the college’s social media channels, became the website header for the school’s Black History Month web page, and was posted on the internal dashboard that everyone—students, staff, and faculty—uses. “Having my work with my name attached to all those platforms was surreal. Working as a team with Design Lab has made me excited for my future as an artist and designer.”

That boost of confidence and the precious opportunity for connection—with other students, mentors, and clients alike—are common themes for the Otis Design Lab students, ones that had an especially profound effect during such an unsettling year. “The most valuable lesson I’ve learned is to believe in myself as a creative,” says Brittney Ludwig, a Digital Media senior. “Design Lab gave me a glimpse into new ways I could structure, problem-solve, and approach the creative process. The experience of jumping into uncharted territory with the other Design Lab members gave me a sense of courage, optimism, and connection in greatly isolating and trying times.” 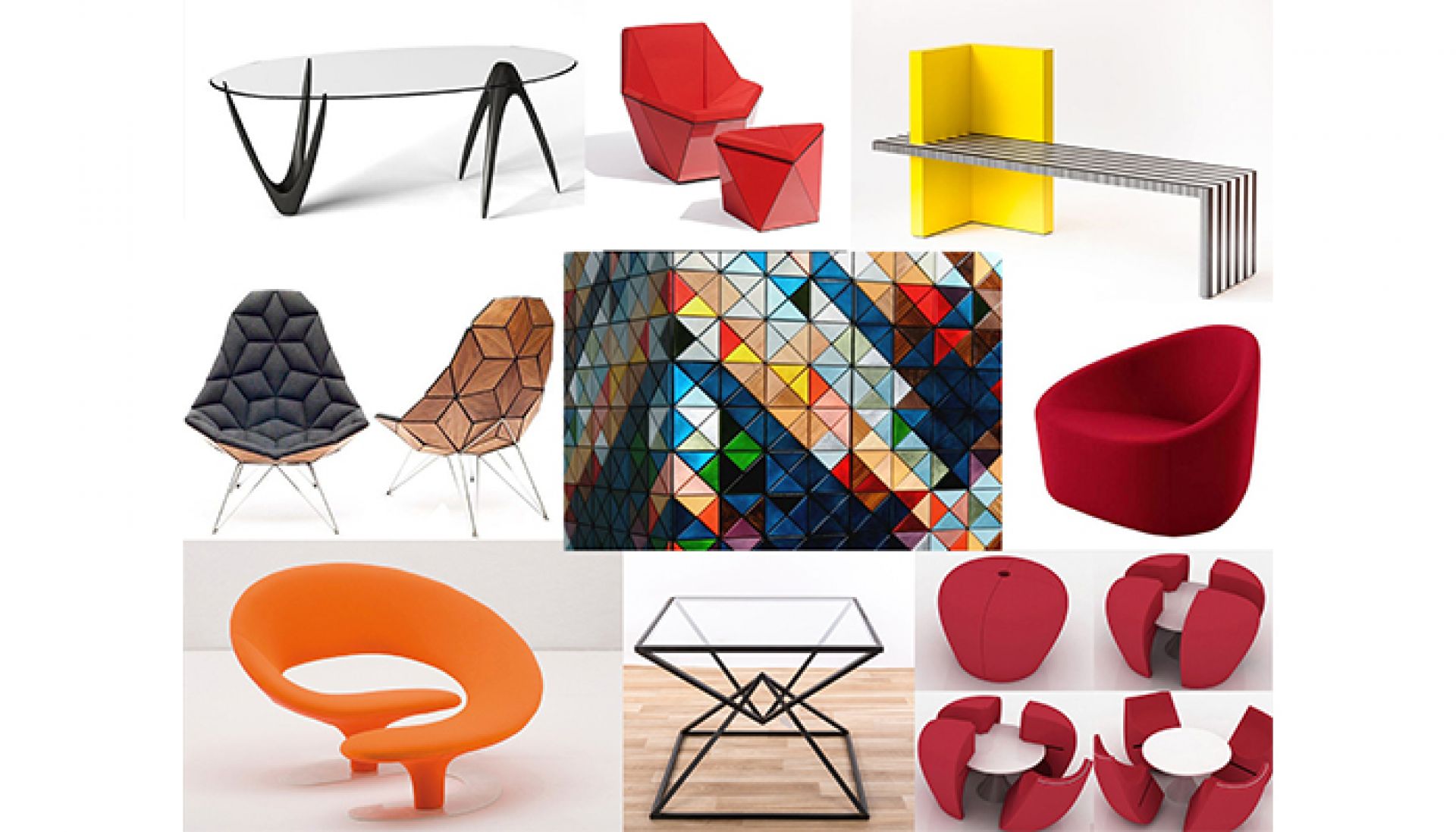 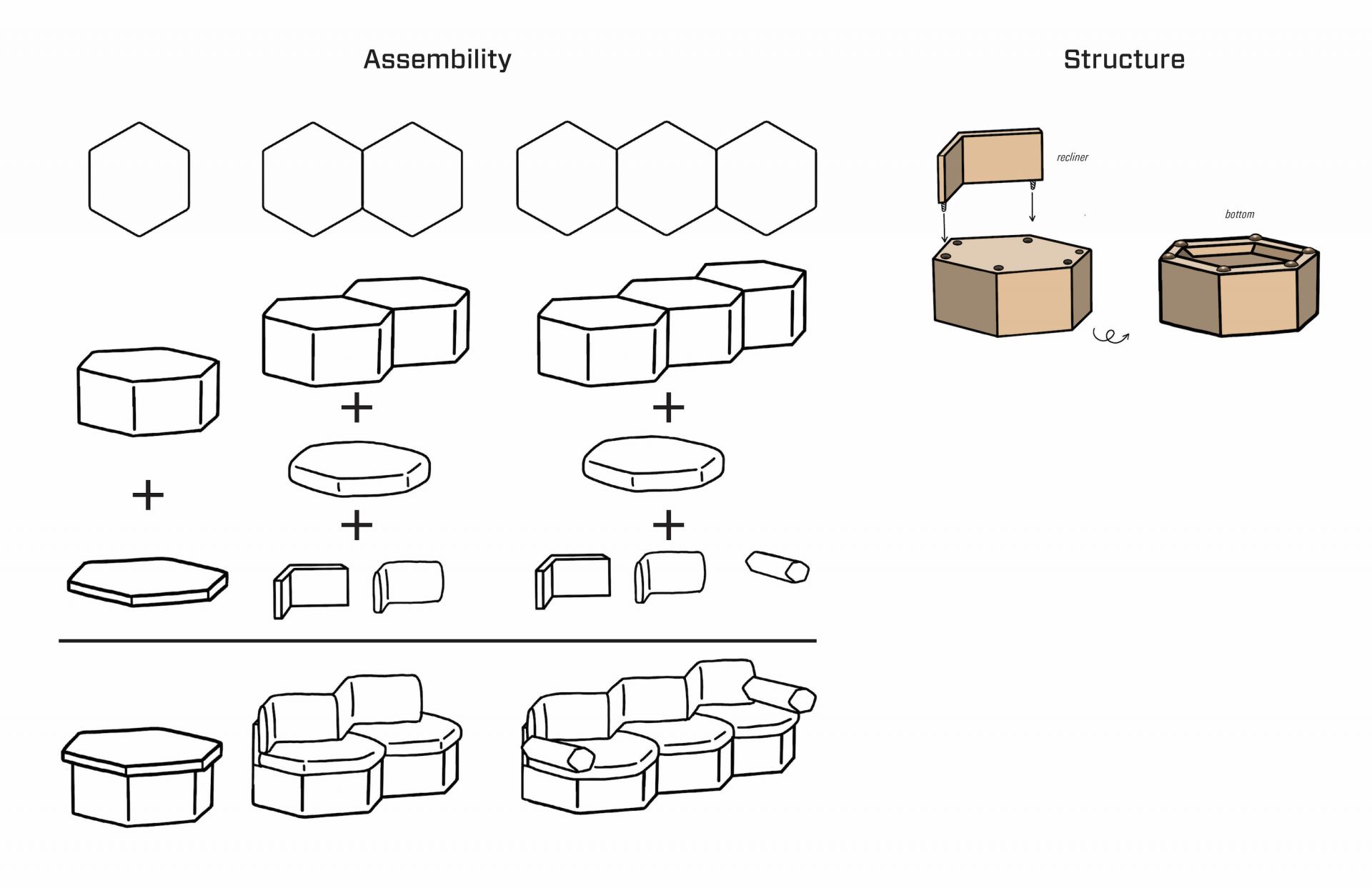 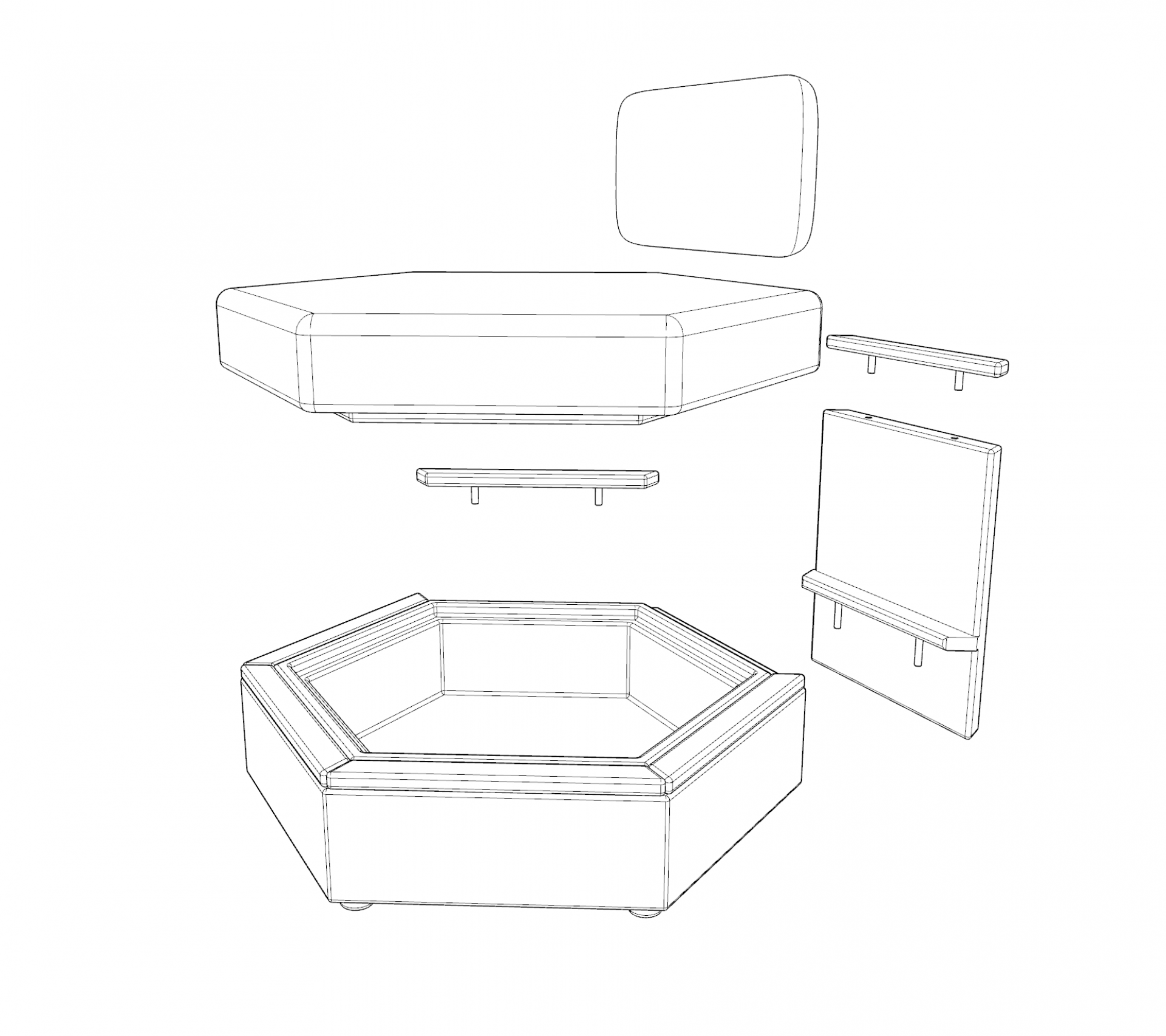 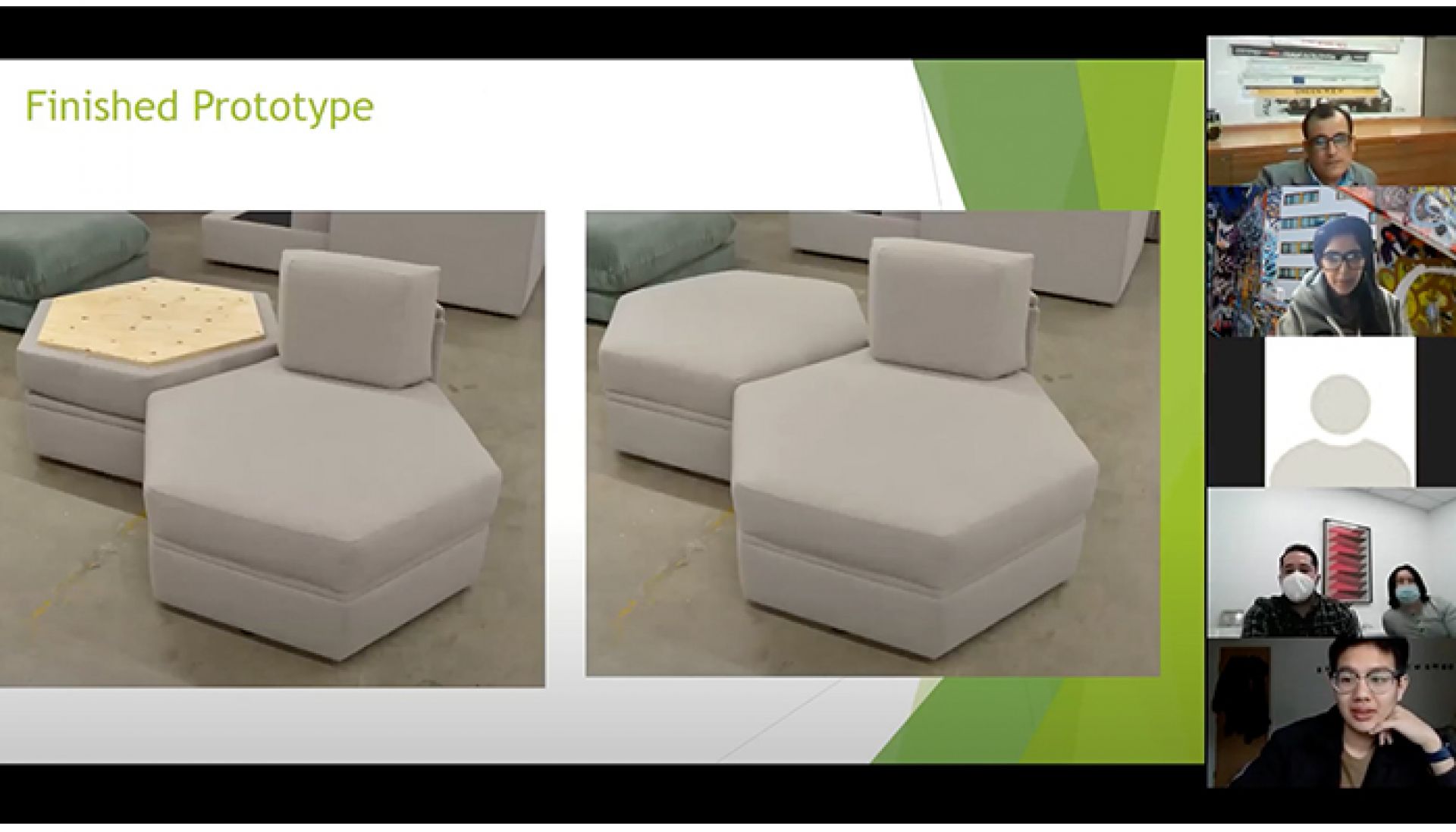 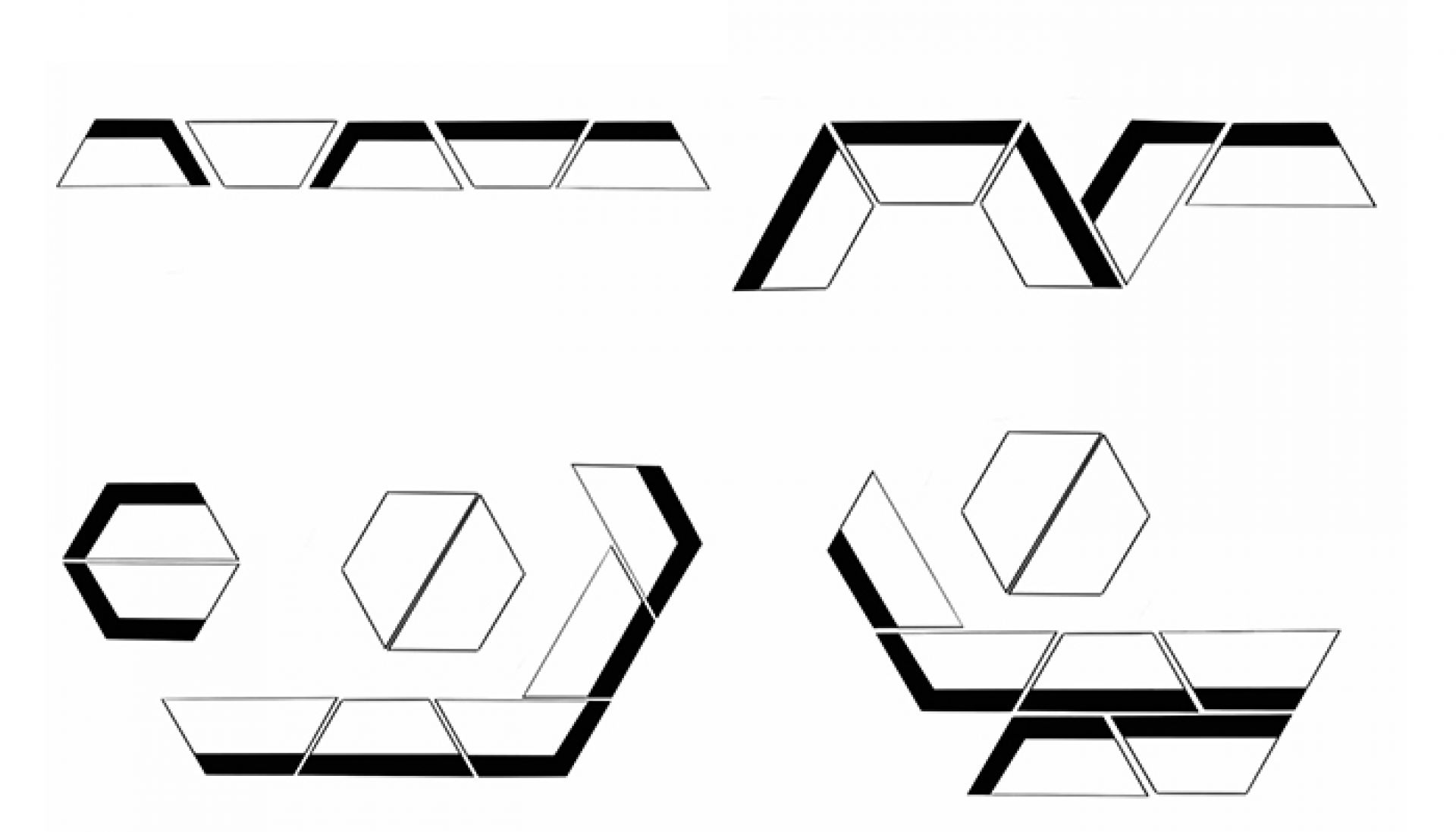 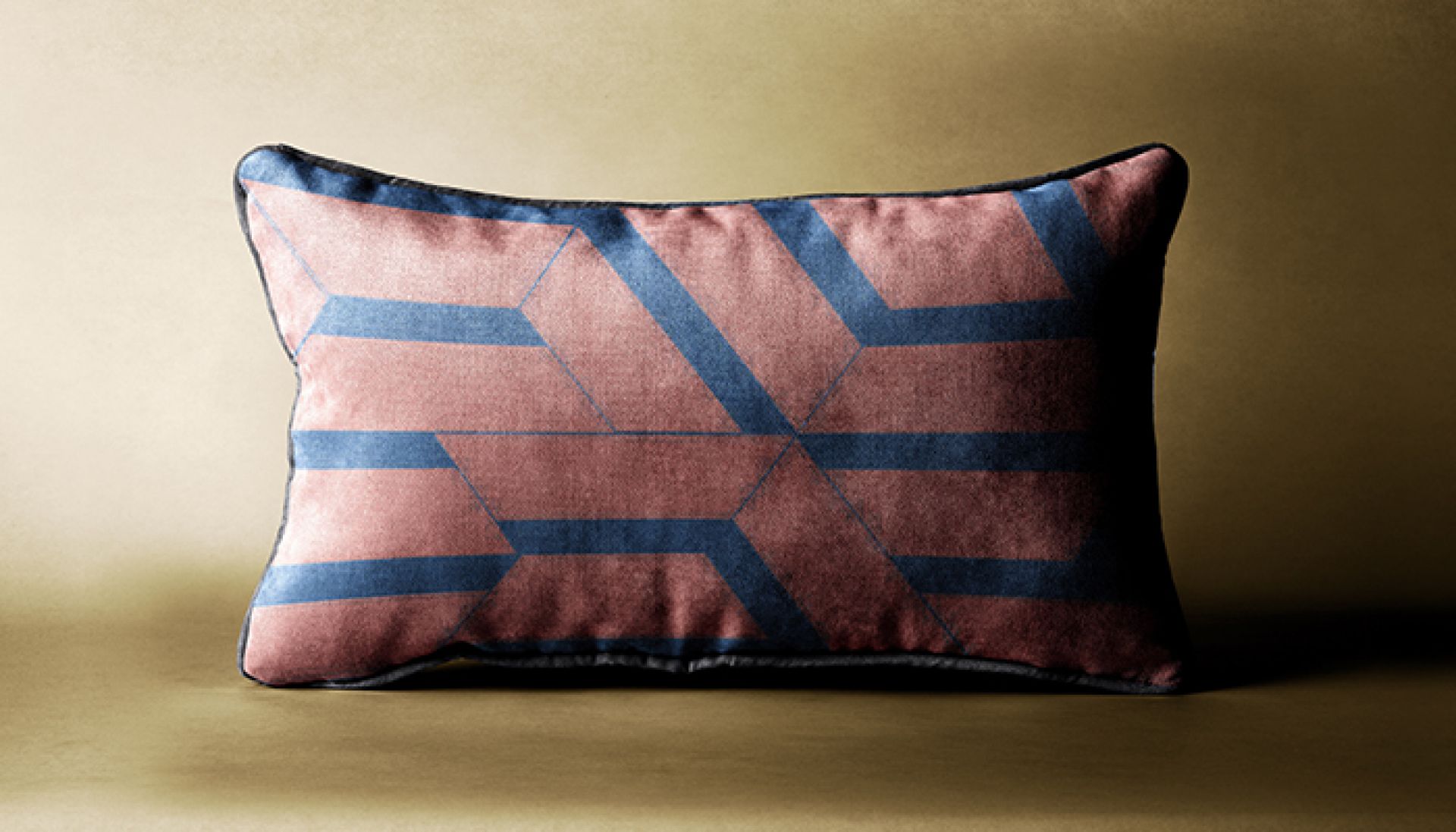 If you are interested in working with Otis Design Lab, projects are currently being considered for the Fall 2021 semester. Email designlab@otis.edu for more information, and follow Otis Design Lab on Instagram, @otisdesignlab.

Back to previous issues