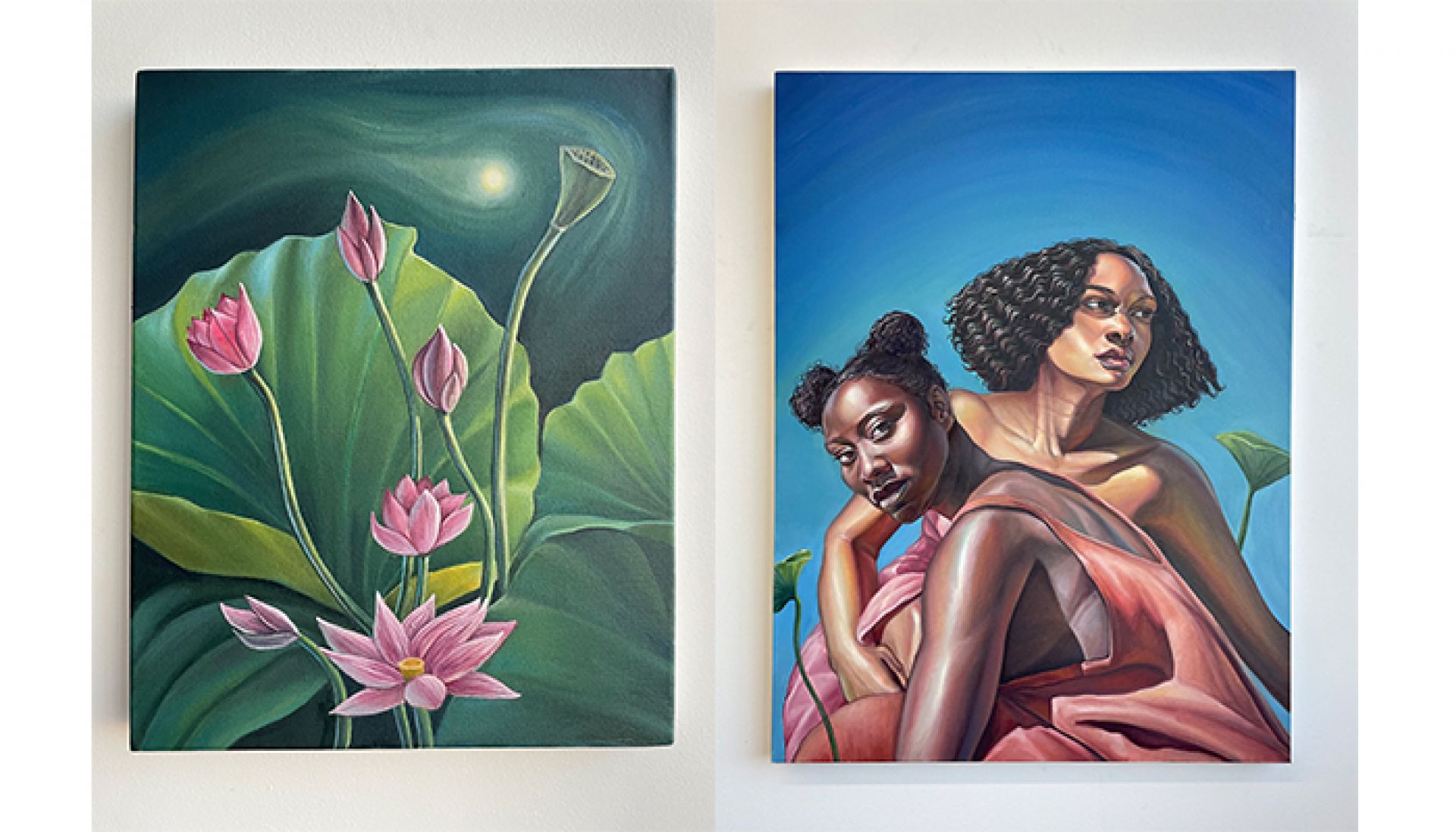 My recent solo show with OOF Books, Eutierria, was inspired by my desire to connect with the past. I felt as though there has been a recent reinvestment into the ways of our indigenous past. I want to explore this in a series of several works that investigate the act of “eutierria,” or becoming one with nature. I wanted to place Black bodies in scenes that were rooted in ways of ritual. I thought about the times before slavery, when my ancestors worshipped the sun, the planets, and the stars. I wanted to show their connection with flora, and the reconnection with the earth.

With Sessen Moon, I wanted to further explore the lotus motif. I’ve been using the lotus in recent works to talk about transformation of the self, which was originally inspired by a reoccurring dream. I then began to connect the dream with an ancient kemetic belief of the role of the lotus with the soul and the spirit. “Sesen” is the name for lotus in the ancient kemetic language. I came across this story of the lotus that blooms in the moon, and how it was seen as a time of renewal. I wanted to showcase that idea of change in the painting—the sky, mysterious, charged with movement and kinetic energy, the lotus in motion.

Before graduating with her BFA last spring, Howard was the recipient of a Group Scholarship Award, an Academic Excellence Award, a Women Painters West scholarship, and was a finalist for an AXA Art Prize. She was recently included in the book, Tomorrow’s Talent Book Vol. II by Booooooom, and her work was recently included in the group show, Taking Up Space, at the Brea Gallery. Utierriera will be shown at Oof Books by appointment-only through May 9, 2021. In June, Howard will have a solo exhibition at Monti 8 gallery in Latina, Italy. For more information, please visit LaniseHoward.com and follow her on Instagram, @lanise_howard_studio.