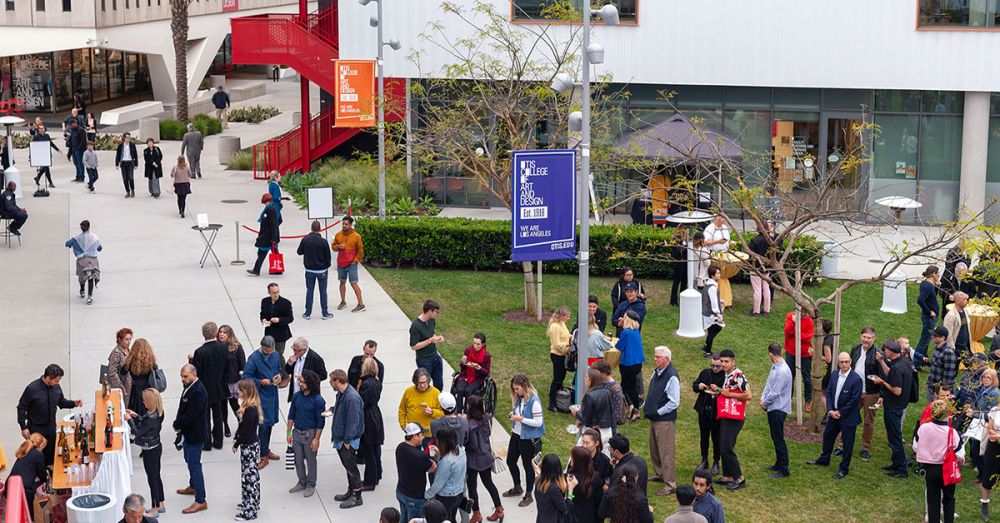 There is a palpable excitement in the air at Otis College! We’re heading into our culminating events of the newly-named—and in-person—O-Launch ’22, which will include Industry Night, Annual Exhibition, the Fashion Show, and Commencement as well as celebrate the 25th anniversary of our Toy Design program.

The festivities kick off on Thursday, May 12 with an event honoring Toy Design’s anniversary. On Friday, May 13 we’re holding an industry preview connecting graduating Otis College students with creative employers in Los Angeles, and an opening reception inviting alumnx, friends of the College, and VIPs to preview the work of graduates.

On Saturday, May 14 the College will welcome students, families, and the public to Annual Exhibition. This campus-wide event will display the work of graduating students across the College’s BFA programs in Communication Arts, Digital Media, Environmental Design, Fine Arts, Fashion Design, Product Design, and Toy Design. Graduating MFA students in Fine Arts will display their work in a group show at the campus Bolsky Gallery, while MFA graduates in Graphic Design will share their work in Ahmanson Hall. Otis’s Fashion Design program will stage its annual fashion show on the Commons.

O-Launch ’22 will conclude with Commencement, where we will bestow honorary degrees on this​ year’s exciting special guests: supermodel and KORA Organics Founder and CEO Miranda Kerr; Evan Spiegel, former Otis Extension student and co-founder and CEO of Snap Inc.; and renowned design expert and Emmy-nominated TV host Bobby Berk of Queer Eye fame. The event will be held at the Westin LAX Hotel on Sunday, May 15 and will also be livestreamed on our Commencement website.

We look forward to seeing you all at O-Launch ’22! As several articles in this issue of GRID at Otis College illustrate—Otis has a fascinating past. With the return of in-person events this spring that celebrate the determination and creativity of our students, we are positioning ourselves for exciting years to come!

A Time to Look Back to Look Forward 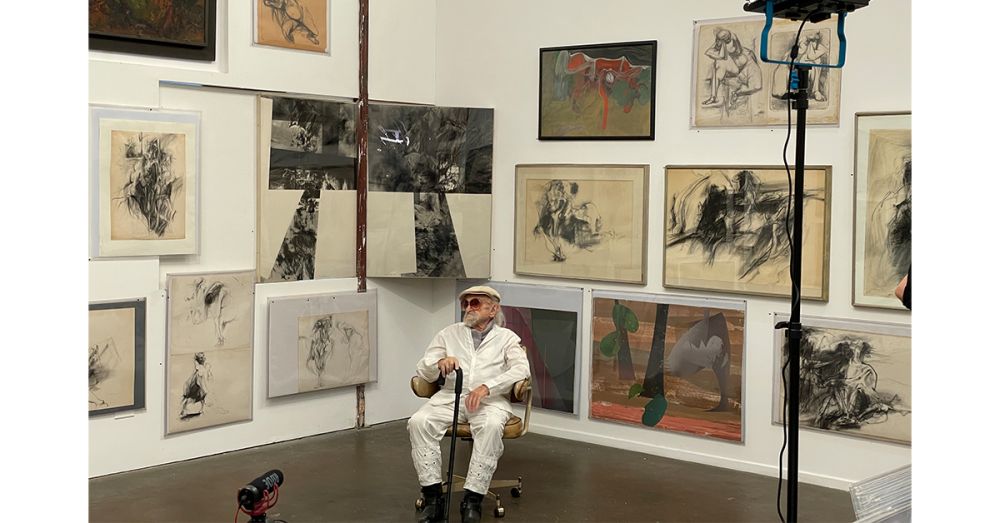 A photo I took of Otis alumnx Ernest Rosenthal (’55 Fine Arts) at Tin Flats art space against walls of the work that was featured in his solo show, Intro/Retrospective.

Not only does 2022 mark the 25th anniversaries of both the Digital Media and Toy Design programs at Otis, it also marks the 25th anniversary of the College’s move from McArthur Park to Westchester and what is now the Elaine and Bram Goldsmith Campus. During one epic 1996-1997 winter break, Otis’s classrooms and offices were packed up and trekked across town in a caravan of moving vans. In Lisa Butterworth’s recounting of this momentous occasion for this issue of GRID at Otis College she spoke with faculty and former students–some of whom are now also faculty–about what Otis was like during this time of transition and growth. “For me, Otis is the idea that as a student, I can talk to anyone on campus and be comfortable. The fact that the president comes in casually and starts a conversation with you. There has always been that personal connection to your faculty, to your instructor. That’s pretty much the same,” says LAS faculty member and Otis alumnx Marsha Hopkins (’97 BFA Fine Arts, Painting; ’02 MFA Writing, who was a student on both old and new campuses.

Hopkins also commented on how the new campus enabled Otis to accommodate “the student of today, as opposed to the student of 25 years ago.” That idea got us thinking about the next 25 years in art and design education, and how Otis’s curriculum and outlook will adapt and change in the years to come. We asked six members of the Otis Community—faculty, staff, and students alike—to think ahead to the next 25 years of the College’s history-in-the-making and tell us what they see. You can read through all of their brilliant ideas (AI-informed robot companions, multi-hyphenate creatives, an Otis alumnx as U.S. president!) here.

In another bit of looking back/looking ahead, Eva Recinos spoke to several Otis alumnx whose work will be featured in an exciting new museum that will celebrate Chicanx art and culture when it opens this summer. The Cheech Marin Center for Chicano Art & Culture—“The Cheech” for short—will open on June 18 and feature the work of Frank Romero, Judithe Hernandez, Carlos Almarez, Eloy Torrez, Patssi Valdez, and many others of our esteemed alumnx. The Cheech “could only bring good for young people who don’t get to see themselves in museums,” says Valdez, who, as a founding member of the art collective Asco would often show her work in abandoned buildings and other ad hoc art spaces: “We weren’t going to wait to be asked.” The institutionalization of Chicanx art and design in a museum such as The Cheech ensures that future Latinx artists won’t have to wait to be asked to show their work either.

Lastly, I want to leave you with an interview I did with Otis alumnx Ernest Rosenthal, who, at 102 years young, has such a unique vantage point on how art has changed through the eras. Just the scope of his own work, which was recently shown in the solo show Intro/Retrospective at the Tin Flats gallery space in Frogtown, clearly illustrates how he worked through various styles and mediums over eight decades. As for advice he’d give an art and design student today, he had this to share: “You have got to have somebody helping you—no question about it—if you want to get anywhere. Of course you have to have something to offer, but that alone isn’t going to do it.”

As always in every issue of GRID at Otis College you can read about other stellar Otis alumnx in four new Alumnx Spotlights, read what President Charles Hirschhorn and Provost Jiseon Lee Isbara are excited about this spring, find ways to get involved and support the Otis Community in Five x Five, and see what some of your classmates are up to in Class Notes. (And if you’d like to send an update for the Fall 2022 issue of GRID at Otis College, please use this form if you’re a faculty member, and this form if you’re an alumnx.)

P.S. Are you an alumnx and/or faculty member who remembers when Otis College moved from MacArthur Park to Westchester and have stories to share about that time in the College’s history? If so, drop us a line at communications@otis.edu and tell us your stories!