Subtitle
One of the paintings is an homage to his grandfather, who taught him about Pan-Africanism.
Feature Content 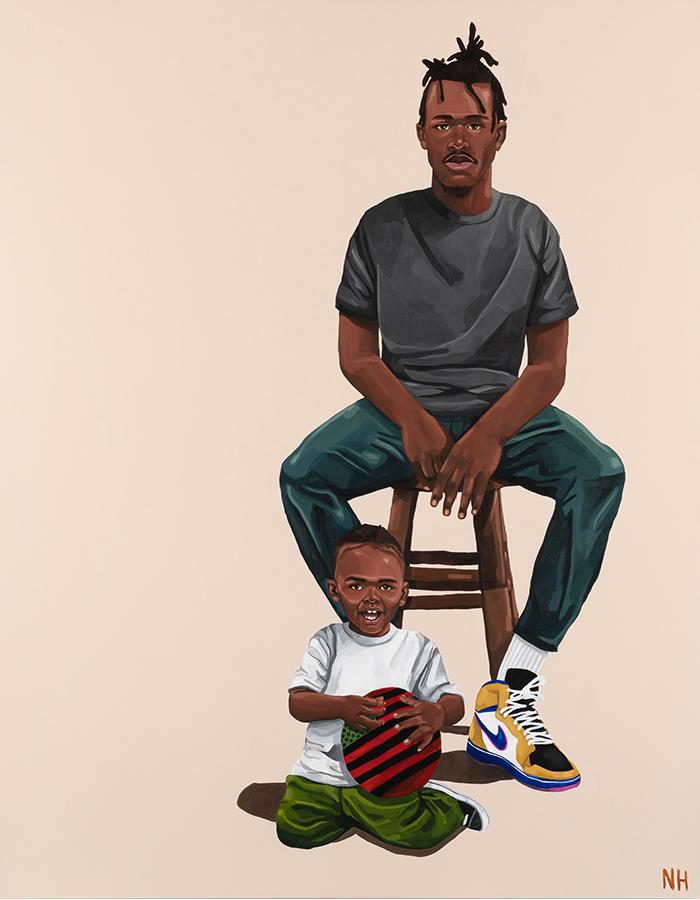 These four figures placed on canvas are imagined through real-life instances. Both pieces present a father with his son as they pose in the midst of sharing a sentimental moment together. The Right Colors is a direct correlation to my experience and relationship with my paternal grandfather, who was a historian on Black culture. He educated me on Pan-Africanism and was adamant about knowing its central figure, Marcus Garvey. The Right Colors shows the child holding a ball that contains red, black, and green, which are the colors of the Pan-African flag, representing the introduction into the history of an important time, especially for one of African descent. Time portrays a similar instance but without the connection to one of my experiences. This piece allows the viewer to take a step into the intimacy shared with a father and son, a time in which the child is in the beginning stages of life, formulating a significant relationship to never be altered. Each image emphasizes the necessary phase to shape a meaningful presence and relationship with whom two beings participated in bringing into this world.

I have recently worked on a few projects with Vans and Apple, as they comprised painting commissions, video, photos, and interviews. Through Apple, I was commissioned to paint a person whose creative practice I admire; for me that is Maurice Harris. We followed up with a joint interview session through Apple to speak further about our art practice. Maurice was one of the artists on the panel to judge the Vans High School Custom Culture program, which was created to inspire and empower high school students to embrace their creativity through art and design and bring attention to diminishing arts education budgets. The mission is to empower everyone to express themselves creatively and be given the tools to do so. Custom Culture High School is a national high school customization competition using blank Vans shoes to be customized around the specific themes, “Hometown Pride” and “Head in the Clouds.” I was also commissioned to do a painting for one of Vans’ ad campaigns, which you can view here.

Last summer, Humes collaborated on a large-scale mural outside the Laugh Factory in West Hollywood commemorating George Floyd and Black Lives Matter. His work also was featured in 2019 in the group exhibition, Centennial: 100 Years of Otis College Alumni, at the Ben Maltz Gallery on Otis’s Goldsmith campus in Westchester. He has a mural on the tk floor in the Ahmanson building. More recently, Humes and fellow Otis alumnx Maurice Harris (’05 BFA Fine Arts) collaborated on a mural outside Apple’s new storefront in the historic Tower Theater in downtown Los Angeles, pictures of which can be viewed here. For more information, please visit NoahHumes.com and follow him on Instagram, @noahhumes. 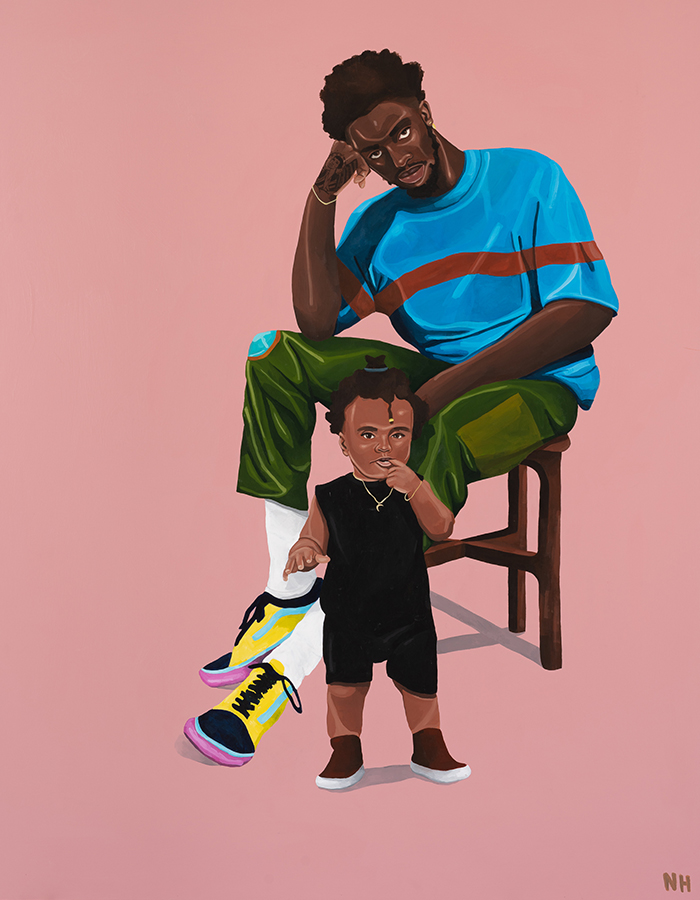 If you are an Otis alumnx who would like to be featured in a future spotlight, please let us know here.