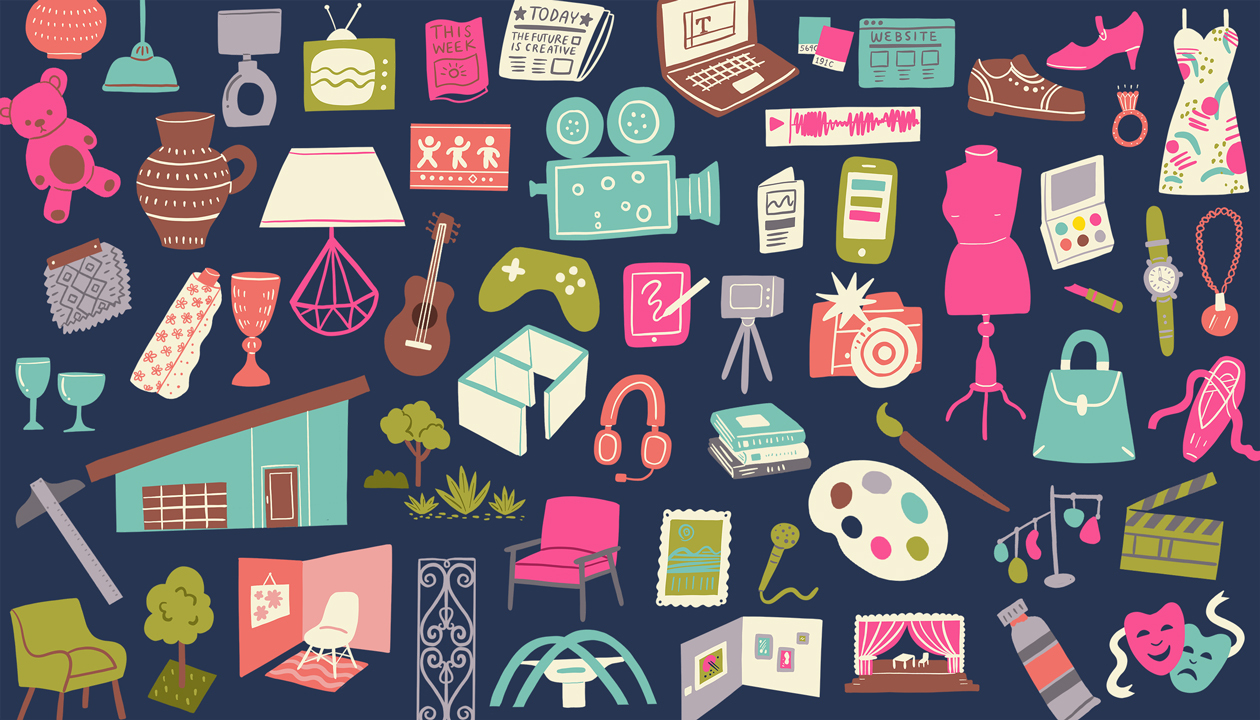 Next spring will mark the 15th anniversary of the Otis College Report on the Creative Economy, and never has this essential almanac chronicling the size and depth of California’s creative sectors been more eagerly anticipated. The 2021 Report illustrated the impact of the COVID-19 pandemic: between February and December 2020, total job losses in the Creative Economy workforce reached 13.1 percent across California, and 24 percent in Los Angeles County. This was just one year following a decade of record growth: between 2008 and 2019, California’s Creative Economy grew by almost 16 percent.

But there were hints of optimism to be found alongside the effects of the pandemic. Video and music streaming platforms filled gaps left by losses at movie theaters and performance venues, offering new opportunities for artists to connect with audiences around the world. Film production began to tick upward with roughly 7,348 shooting days in the fourth quarter of 2020 (versus only 194 in the second quarter).

Perhaps one of the biggest lessons learned from the pandemic was just how essential the arts are to our well-being and quality of life. From taking in an exhibition at an art museum to attending musical theater, these shared experiences and points of human connection were just a few of the many encounters we had to put on pause.

Will the 2022 Report make good on these positive signs? Policymakers, lawmakers, arts advocates, and creative industry leaders—and not just locally (last year’s Report was downloaded by people from more than 60 countries)—will be closely scrutinizing the 15th anniversary edition to find out.

“The Otis College Report on the Creative Economy remains a vital resource for all who turn to it to help demonstrate the critical impact of the creative sectors on the overall economy. We look forward to continuing to innovate and build on the success of the last 15 years to make this resource even more useful,” says Otis College President Charles Hirschhorn.

A Modest but Ambitious Beginning

When the College’s then-president Sammy Hoi commissioned the inaugural edition of the Otis College Report on the Creative Economy in 2007, his goal was to “bust the myth of the starving artist,” he explained at the time.

That stereotype was already unravelling, thanks to urban theorist Richard Florida—whose 2002 bestseller, The Rise of the Creative Class, had defined a new social class of “engineers and managers, academics and musicians, researchers, designers, entrepreneurs, and lawyers, poets and programmers” reshaping the economy and workplace—and futurist Daniel Pink, who famously coined the phrase “the MFA is the new MBA” in the New York Times.

“Too often, people dismiss creative activities as a frill. They are not! In the Los Angeles area creativity is serious business,” Hoi wrote in the introduction to the first Report. “It is time to herald the fact that artists and designers and other creative minds drive the largest segment of jobs and sales revenues in our region.”

Using 2005 data from city, county, state, and national sources, the first Report revealed that more than one million jobs, $140.5 billion in sales and receipts, and $3.4 billion in state tax revenues were generated across Los Angeles and Orange counties by 10 selected “creative” business sectors. Taken together, these trades—ranging from toy making to art galleries—accounted for nearly a fifth of the region’s nonfarm jobs. In Los Angeles County, creative jobs (360,000) outnumbered every other sector, with international trade (290,000) and tourism (263,000) the runners-up. 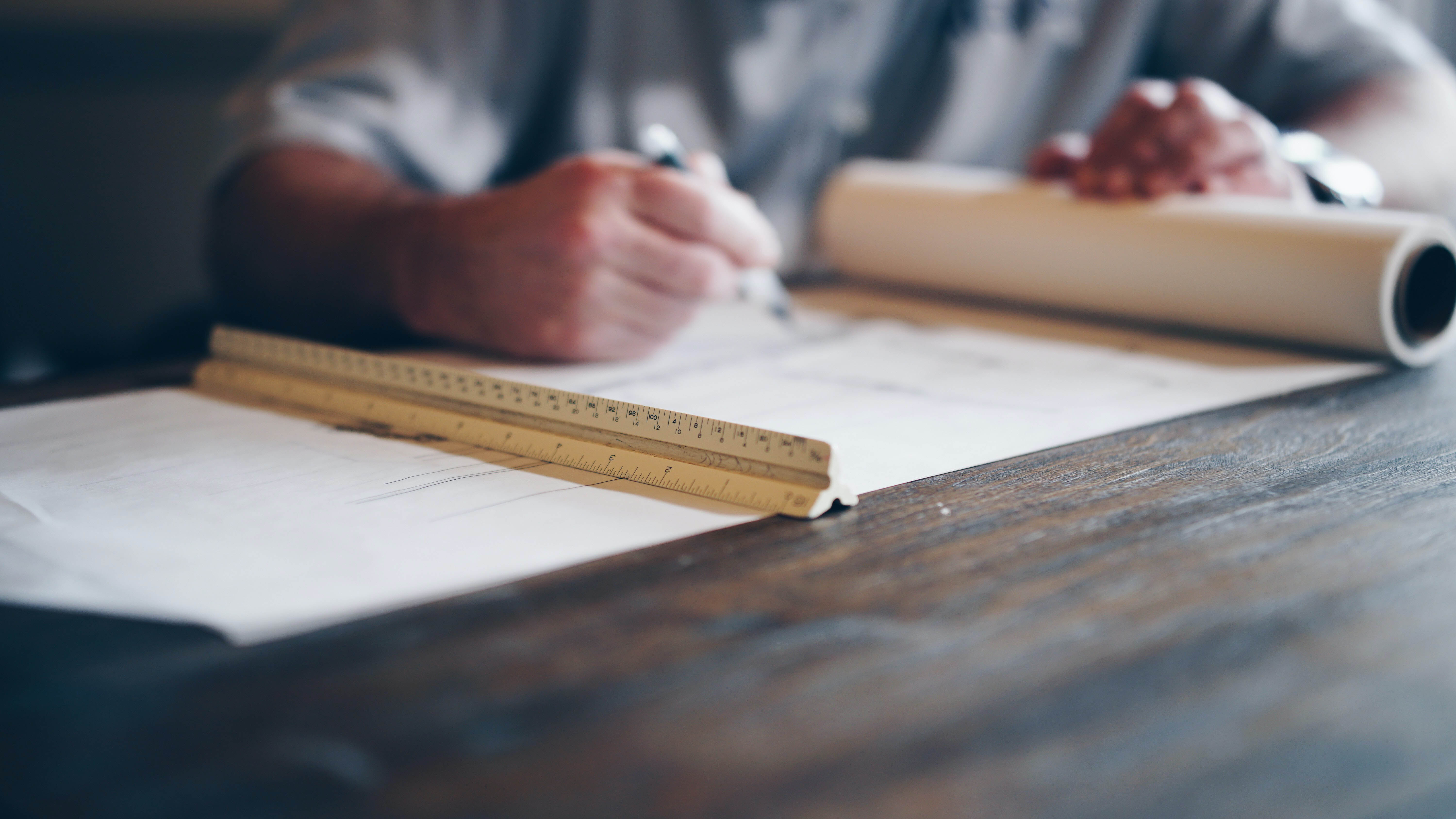 The California Arts Council, the state’s designated arts agency, took notice and requested that Otis College cast a wider net. Starting in 2013, the Report analyzed statewide data. It is currently over 200 pages long.

Frances Anderton, former host of KCRW’s DnA: Design and Architecture show, covered the 2007 launch of the Report and more recently served as moderator of a panel discussion at the 2021 Report’s release event last February. “It has really been an amazing contribution to all of us within the Creative Economy, helping us understand how it operates, all the different sectors, and its complexity,” Anderton said in her introductory remarks. The event purposely captured the scope and breadth of the Creative Economy—from the national to the state to the hyperlocal—and was attended virtually by hundreds of people—artists, designers, advocates, educators, and politicians alike.

Increasingly, the Otis College Report on the Creative Economy has made a national impact, with U.S. Representative Karen Bass (D-Los Angeles) participating in the Report’s 2021 release alongside California State Senator Ben Allen (D-26th District); Julie Baker, Executive Director of Californians for the Arts/California Arts Advocates; Jason Foster, President and COO of Destination Crenshaw; and Gustavo Herrera, Executive Director of Arts for L.A. The Report was sponsored by the Ralph M. Parsons Foundation, the City of Los Angeles Department of Cultural Affairs, Sony Pictures Entertainment, and Marsh. “In Congress, especially in the Los Angeles congressional delegation, all of us understand the importance of the Creative Economy,” said Bass in a video message at the virtual event.

“The economy is not static, but a living, breathing thing. And as such, the Report has to capture dynamic elements and interpret findings to report out on changes taking place on the ground.  As the pandemic unfolded, conventional economic models broke down. Major forecasts swung wildly early on, and we had to pivot to an analytical approach informed by real-time guideposts. Our early estimates of the pandemic’s economic impact, I think, helped bring attention to the challenges in the Creative Economy,” says Adam Fowler, Director of Research at Beacon Economics, the Century City-based firm that has produced the Report in collaboration with Otis.

“This kind of analysis in the Report is always informing policy conversations—and that’s useful. Data doesn’t tell us what we value or how to order competing priorities, but it gives us a common language to articulate and operationalize challenges and opportunities. It was hard for policy makers to write off our findings as an unrepresentative survey since the analysis pointed very clearly to federal and state data.”

The Great Recession of 2008 arrived a year after the first Report’s release. For the Creative Economy, there was an eventual return to normal over a decade of steady growth. The Report became an indispensable tool in charting its progress.

“After 15 years, people now recognize the importance of these sectors in more concrete ways because of the impact of the Otis College Report,” says Jeffrey Perkins, Associate Vice President of Communications and External Relations at Otis College. “It brought what used to be the ‘invisible creative economy’ to life.”

It has become a staple in the lives of lawmakers like Senator Allen, who co-chairs the state legislature’s Joint Committee on the Arts with Assemblywoman Sharon Quirk-Silva (D-Fullerton). Both are stalwart champions for creative industries. The Report’s data analysis helped Allen advance key legislation, such as the California Creative Workforce Act (SB 628), which will provide employment and job training for artists and creative sector workers and was signed into law on October 9, 2021. 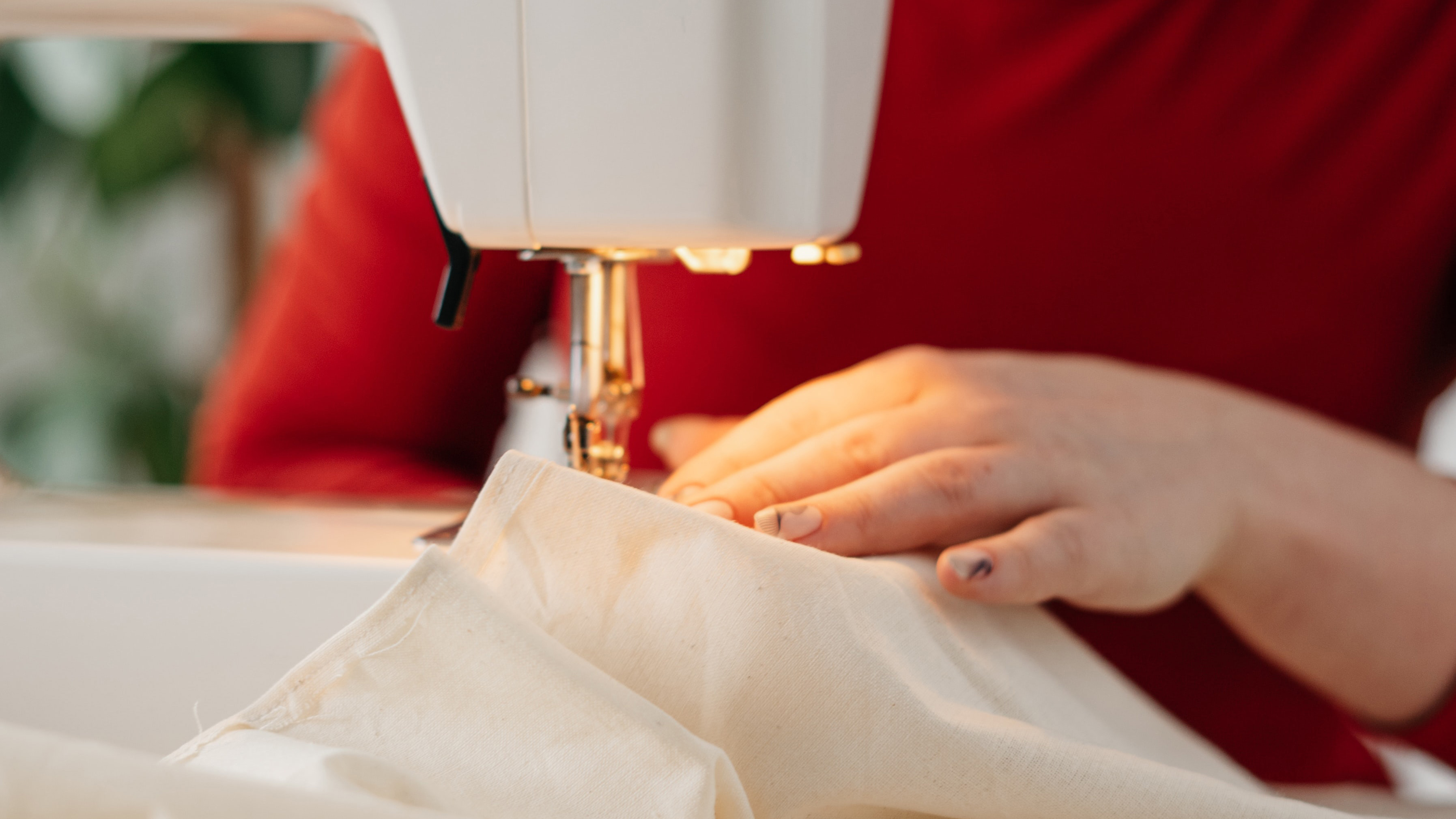 “Otis does such a great job of talking about how important arts communities are to the broader California economy,” said Allen at the Report’s 2021 event. “We need to keep pushing those stories up so they get on the radar screens of decision makers in Sacramento.”

That’s true in good times and in bad.

In 2020, the Report painted a rosy picture of health: $650.3 billion in creative economic output statewide, 2.7 million jobs generated, and $209.6 billion in labor income. California arts advocates used that data to claim a seat at the table with powerful decision makers.

The 2021 Report, by contrast, exposed the damage inflicted by COVID-19. Large portions of California’s creative industries were shuttered through the preceding year. The result: a $140 billion loss in economic output, 507,100 jobs impacted statewide, and $47 billion in lost labor income—more than half of it occurring in Los Angeles.

Armed with these alarming figures, California arts advocates successfully pushed for historic investment in the arts. The 2021-2022 budget allocates $615 million in new arts funding, including more than $120 million for the California Arts Council.

Such investment is galvanizing for advocates like Californians for the Arts’ Julie Baker. “We’ve had more people become arts advocates than we’ve ever seen before,” she said. “All these years, we’ve been saying, ‘You can’t live without the arts.’ Well, guess what? People have been trying to live without the arts this past year, and they’re finally recognizing: ‘We need this. You’re essential.’ We want to create systems to support you.” 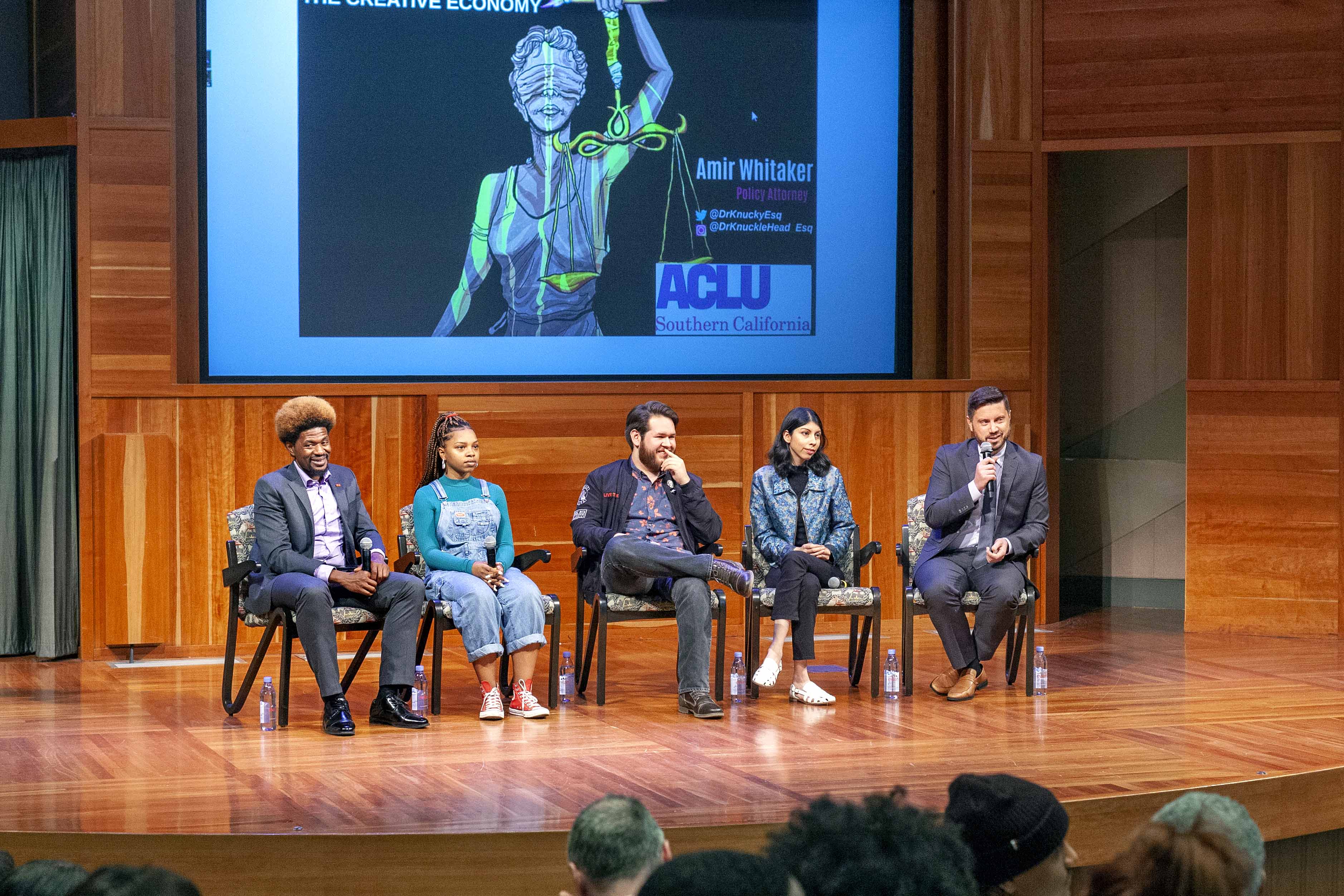 When the 2022 Report is released next spring, arts advocates will be laser-focused on its findings. Beacon Economics’ Fowler anticipates these needs. “Technology continues to disrupt large sectors of the Creative Economy. Platforms help artisans reach audiences and markets in ways that once required intermediaries. Over the next couple years, evolving labor force talent, characteristics, and dynamics will be a major part of the conversation. Arts and cultural production already accounts for a larger share of the U.S. economy than sectors like construction or transportation and warehousing. The forecasted growth of the Creative Economy sectors offers an opportunity to tear down obstacles and equip a more diverse set of individuals to share in and contribute to this expansion,” Fowler says.

“For a long time, to simply tread water was considered a win. Advocates were making the case for the arts to avoid cuts in funding and safeguard what we had. I think there are signs that policy makers, educational leaders, and workforce development professionals are starting to appreciate that the Creative Economy—whether thinking about specific industry sectors or occupations—presents a robust tool kit for economic opportunity and mobility.”

The 2022 Report will also reach the neighborhood level through an exciting partnership with Destination Crenshaw, a public art project that will line the 1.3 mile corridor along the upcoming Los Angeles Metro light-rail path—connecting Crenshaw with Inglewood and El Segundo—with artworks by more than 100 Black artists and designers, including Kehinde Wiley, Brenna Youngblood, and Otis alumnx Alison Saar (’81 MFA Fine Arts).

“Destination Crenshaw’s interest in the Otis College Report on the Creative Economy is to inform our work to support and incubate the artists, entrepreneurs, and small businesses that sustain the broader South Los Angeles community,” says Destination Crenshaw’s Foster. “To that end, we think a Crenshaw-focused economic report is essential to our work. It will help us understand how our community’s output fits into the region’s broader Creative Economy, and it will allow us to focus our DC Thrive programming on policies that will produce the next cohort of small businesses and entrepreneurs along the Crenshaw corridor.”

An abundance of data in future Reports is sure to pave the way for yet more progress.